Why Asking Questions is the Key To Personal Success 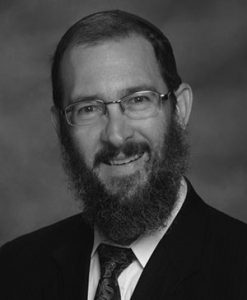 Does this sound familiar? You’re running out the door to take your wife to the airport, only to discover you have a flat tire.  You don’t have time to wait for a taxi or the auto club.  You want to ask your neighbor for a ride, but you’re afraid it’s too much of an imposition.

Or… you see someone on the subway reading a book by your favorite author or about a topic you find fascinating.  You want to strike up a conversation, but you’re afraid of intruding on the other person’s privacy.

Or… you have a lead on a promising job opportunity, and an acquaintance has dealings with your prospective employer.  You want to ask her to make an introduction, but you don’t want to put her in an uncomfortable position.

It feels good. There’s a reason why “it never hurts to ask” is such an enduring cliche.  Most people are more than happy to help a friend in need, to respond to polite solicitations, or to put themselves out for others. It’s a truism of human psychology that we feel better — both about ourselves and about others — when we give than when we take.  In fact, a  study at Canada’s Simon Fraser University found that children as young as two-years-old experienced greater pleasure from giving than they did from getting.  The impulse to give is hardwired into our nature.

So it really is better to give than to receive.  Consequently, the greatest gift you can give someone else is the opportunity to give. And what’s the worst that can happen?  If they say no, you’re no worse off than you were before.  And then you can offer someone else the chance to give.

It brings us closer. And if they say yes, you may find that you’ve forged a closer bond or made a new friend.

Benjamin Franklin described how, after asking to borrow a rare book from a rival in the Pennsylvania legislature, he found that his colleague’s demeanor changed from cool indifference to warm camaraderie.

What’s more, others may actually be wanting us to reach out to them.  A University of Chicago study showed that commuters on the subway are happier to pass the time chatting with a stranger than sitting in solitude.  But most of them — most of us — sit in isolation, too worried about how people might react if we violate their space or their privacy.

It’s the way of wisdom. Gerry Spence, the exceptionally successful trial lawyer, explains it this way:  “I have learned [more] from my dogs than from all the great books I have read. The wisdom of my dog is the product of his inability to conceal his wants. There are no games. No professor told me that I might live a more successful life if I simply ask for love…when I needed it.” Human beings are social creatures, and we’re at our best when we’re engaging others.  So why deprive others of the chance engage us?  And why deprive yourself of the chance to get what you need?

It’s key to success. The same principle applies in the workplace.  We may be afraid that a boss or coworker will interpret a question as a sign of incompetence; in truth, the willingness to ask for help or seek counsel will lead us on the pathway to improved performance and impress others with our team spirit.
“Successful people never rest on the belief that they know everything possible,”  says bestselling business author Bernard Marr. “They put a premium on investing in themselves through education and training.”  And that includes asking for advice when we need it. He then quotes Gandhi:  “Live as if you were to die tomorrow. Learn as if you were to live forever.”

You never know. As she was working on Getting There:  A Book of Mentors, Gillian Zoe Segal took inspiration from Sara Blakely, who camped out in reception rooms before convincing a hosiery manufacturer to produce the prototype for Spanx, the product that launched her billion-dollar career.  Ms. Segal  describes how she plucked up the courage to approach Warren Buffett at a charity event and, in 15 seconds, opened the door to an interview with the Oracle of Omaha for her book, which became a bestseller.

Does it seem insane to approach one of the world’s richest men and ask for a favor?  Of course it does.  But that doesn’t mean it might not pay off in the end. The Talmud teaches that a bashful person will never become wise.  If we are afraid to ask, we cannot learn and grow.  And if we don’t learn and grow, chances are that we will never succeed.

So whether we are need of information, advice, assistance, or simple companionship, the solution is often as easy as asking.  And if someone says no, don’t take it personally.  There’s a whole world of people out there waiting to say yes.

All you have to do is ask.