How to Pick Yourself Up By Your Bootstraps 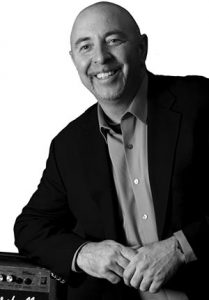 Have you ever been on the receiving end of a withering punch to the gut you never saw coming?

It could have been the time your biggest client blindsided you with the news that your decade-long relationship was over.

No writing on any walls.

No way to instantly replace about 40% of the overall revenues you were counting on.

Or, it could have been the time when someone who swore up and down they were your best friend and always had your back, but then decides to throw you under the bus and run you over on social media.

In an instant, the reputation you’ve worked so hard to build is being skewered and kicked to the curb by the digital mob – including some people you don’t even know – who are only too happy to click in and pile on with their two cents worth of judgment.

You feel like you’ve been machine-gunned in the face while being kicked in the stomach with a steel-toe boot.

Or, it could have been the time when you were thrust into the middle of a deadly situation that you never created, but now it’s on your shoulders to try and sort everything out -with as few casualties as possible.

So … here is the dealio soldier.

What really matters more is less about what happened and more about how you react to  unforeseen attacks and events on your psyche. How will you use these assaults as a force to overcome obstacles, gain massive inner strength, pivot and move towards a new direction and purpose, destined for something even greater?

In other words, these types of crushing personal and professional setbacks or challenges can be used as a way to force you to pick yourself up by your bootstraps, put on the big boy or girl pants and make serious headway on whatever road to reinvention you are travelling on, but with much more clarity and direction; much more focus and resolve.

Here are three things you can do when these types of situations blow up like a hand grenade to the face so that you can get moving again in a positive direction – quickly. The absolute last thing you want is to waste any more of your precious time and energy wallowing in victimhood; replaying old tapes and obsessing over what could have or should have happened.

#1, OWN IT. ( Yes, you read that right. Own ALL of it. Take fully, completely, 1001% responsibility. No pity-parties and no sinister revenge plots.)

#2. CONFRONT IT. ( Speak to the other party involved and say your piece. 1-on-1. Don’t leave the scene without making your views on the matter known. Do not discuss what was said with others and be the creator of unnecessary, pointless drama.)

#3. LEARN FROM IT.  (Gather whatever insights you can from history. Own it some more. Be thankful for the lesson and then let the damn thing go.)

For years, I’ve seen many far too many gifted and talented people get distracted from what they need to be working on next simply because they refuse to let go of what they see as great injustices of the past. Rather than focus on seeing through the front windshield of possibilities, opportunities and potential that present themselves each day, they get sucked into staring at a rear view mirror stuffed with useless amounts of R.A.M.

Anyone who spends the better part of their waking hours driving through life while squarely focused on what’s behind them is not only going to miss out on the all the wonderful things around the corner, but they will keep crashing and burning. They will become the cause of even more human wreckage.

That’s why taking full 1001% responsibility for all events and circumstances that created the punch in the gut in the first place will eventually put you back in the driver’s seat; only now you are operating from a leadership position and not from that of being one of the walking wounded in this man’s army.

The only way of out of these situations is to assume a leadership position and seize on the opportunity to react how any great leader would in similar circumstances.
There is no better example of what it means to take full, 1001% responsibility than what you will find contained in a famous, undelivered letter penned on this day, 73 years ago on a rainy night in Portsmouth, England.

The largest armada in human history with more than 4,000 ships, 1,200 planes and 160,000 troops is about to cross a stormy English Channel the next morning and invade Nazi-occupied Europe.  Against a tense backdrop of weather-related delays, uncertain forecasts, second-guessing and bickering over strategy and knowing the strength of a formidable enemy, General Dwight D. Eisenhower made the fateful decision on June 5, 1944 to proceed with Operation Overlord; the invasion of Normandy.

Once the “D-Day” decision was made and knowing he alone was responsible for triggering a chain of events that would send thousands of his men to a certain death, Eisenhower scribbled a note that has now become known as the “In Case of Failure Letter”. This would be the message to be shared with the world in the event the landings at Normandy failed.

It reads as follows:

“Our landings in the Cherbourg-Havre area have failed to gain a satisfactory foothold and I have withdrawn the troops. My decision to attack at this time and place was based upon the best information available. The troops, the air, and the navy did all that bravery and devotion to duty could do. If any blame or fault attaches to the attempt, it is mine alone.”

It is rare within the pages of human history that you will find a better example of what it means to take full, 1001% responsibility than how the Supreme Allied commander carried that enormous weight on his shoulders 73 years ago today.

In that letter, you don’t see any evidence of Eisenhower engaging in what has now become the new national sport in this country; daily displays of blame-shifting, scapegoating, demonizing, pointing fingers, bellyaching or cyber-moaning about “woulda-shoulda-coulda”. You don’t see any evidence of the general checking with his handlers, reading the polls or worried about how others in the Twitterverse will think.

Eisenhower’s “In Case of Failure Letter”  continues to serve as a historical reminder for anyone who is serious and fully determined to overcome any challenge that life or business throws our way. Even in the face of all the things that can’t be controlled (the weather, the enemy, how the Allied troops will perform under fire), the letter is a shining example of what it means to fully and completely own every single iota of every decision ever made that created any situation we are involved with.

Unexpected storms will continue to blow through our companies and homes from time to time.

They will never completely subside.

The only question is knowing how to react in various situations to weather those storms or sucker punches. Which is why taking full ownership and studying the pages of history can be such a valuable teacher; preventing you from repeating the same mistakes over and over again.

Now, let’s focus on you for a minute …

Have you ever had a huge boot to the solar plexus in your business, life or career?

A major blow to your emotional mid-section that left you doubled-over in gut-wrenching pain?

How did you overcome it?

How did you turn irritation and humiliation into inspiration and motivation?

What allowed you to pull yourself up by the proverbial bootstraps, get on with it and eventually enjoy more opportunity and prosperity?

I would be most grateful if you took time to share what you’ve learned and maybe inspire someone else who needs to hear what you have to say on this subject.

And if you’re smack-dab in the middle of a current situation and feeling like you’ve not quite crossed over to the other side yet, feel free to share what you’ve already learned and are anxious to discover.

No one said, you had to travel this road alone.

I look forward to your responses and continuing the dialogue to help you Recreate and ReImaginate the Business, Career and Life You Deserve.

p.s… Don’t forget to share this with your friends, in the event it’s the story somebody else needs to be reading today. And in case you were curious, here is a photo of the “In Case of Failure” letter.