A Stroll Down Memory Lane, A History Lesson

❰ Return to Featured Articles Page
By Doug Damon of Damon Industries.  Doug is a past President of IBDEA. 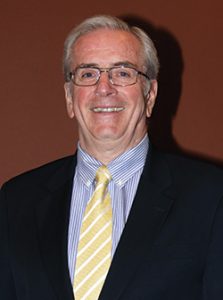 I was asking my son Aaron what he thought might be an appropriate topic for an IBDEA article. He suggested that I go back to earlier years and trace the trends of the time in our industry. So, I thought I would impart a few thoughts that roughly correspond with the timelines of our collective history.

In 1978, when Damon Industries became a member of IBDEA (then called National Soda Dispensing Equipment Association) the primary business of the regular members was, you guessed it, soda dispensing. The typical NSDEA member serviced what the large soft drink companies called the “hard to reach accounts” that included bars, taverns, and small mom and pop restaurants. Many of these NSDEA companies developed substantial equipment leasing/rental portfolios in conjunction with the hard to reach accounts. Adjunct to the rental business was providing the accounts with their soda syrup (cola, lemon-lime, collins, quinine, and other flavors). Most of the members were Coca Cola fountain wholesalers, although, a number of the member companies manufactured their own syrups. And, most all the syrup distributors supplied CO2 in 20# cylinders. The precursors to the soda syrup companies were the original seltzer guys; an interesting story in and by itself for another time.

Originating, as suppliers to this industry were those companies that manufactured electronic bar guns. These included Bar Master, McCann’s, Multi-flow, EDI, Wunder-Bar, and others. With the advent of mechanical bar guns, Bar Master and Wunder-Bar came to dominate the bar gun dispenser markets.

In the late 1970’s, since most of the regular members already had established service departments to handle the soda dispensing equipment, many of them began to branch out into other related type equipment sales and installation—liquor control, beer systems, ice machines, FCB’s, coffee, etc. This diversification (“diversify your line in 79”) came on the heels of a new trend that began to impact the hard to reach arena and that was the loaning of equipment to what had been rental accounts. This was done by well-capitalized companies that approached the lending of equipment to end user accounts more as a marketing exposure opportunity to expand the sales of the product they offered then as an income opportunity from the equipment itself. As the number of leases dwindled, this new competitive reality forced further diversification by the NSDEA members and a number of other opportunities presented themselves to the membership including—juice dispensing, frozen cocktail programs, and bag in the box in the early 1980’s. The advent of bag in the box caused a cataclysmic shift of opportunity that probably saved the NSDEA portion of the industry. Companies had been limited by geography in the days when all syrup was either poured into 3 gallon stainless steel tanks or delivered directly to the account in transfer tanks.. Retrieval of syrup transfer tanks over long distances really was a limiting factor for the distributors of syrup. Bag-in-the-box eliminated those challenges and opened the door for many companies to become more regional and in some cases even national in the scope of their distribution. The NSDEA Report, as it was then called, featured a membership exchange of ideas called “Point, Counter Point’” modeled after the popular 60 Minutes segment of that time. In one of the exchanges, Bernie Gottlieb of Multi-Flow and I debated the advisability of using bag-in-the-box or transfer tanks.

In the 1990’s, bulk CO2 became the emerging trend in our piece of the industry. Again, the regular membership evolved as new challenges arose and our membership became a leading edge in the distribution of the bulk CO2.

All of these developments over the last 40 years and many others have demonstrated a grit and determination by an entrepreneurial group of independent business people to adapt and survive, to transcend and include. Out of every challenge, new opportunities presented themselves and the industry survived and thrived. From NSDEA to NBDEA to IBDEA, the regular members and our associate members have continually maintained the flexibility to not only survive, but also to innovate and flourish. I have no doubt that this evolution will continue into the next generations and together we will reach new horizons of innovation and success.