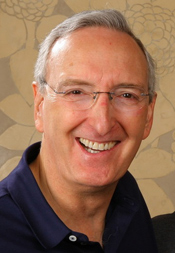 This past week I had the privilege of speaking before audiences in Ft. Lauderdale (editor’s note: The audience in Ft. Lauderdale was our conference), Tampa, and Clearwater, Florida, as well as Winnipeg in Canada and Long Beach, California.

I just realized that there was something those 5 cities had in common. I found very nice people in all of them.

Is that unusual? It is if we think so. For me, it’s what I’m used to because that’s what I expect. I expect to find nice people everywhere I go. And I can’t recall the last time that didn’t happen. If it didn’t happen once in a while, I choose to forget such moments.

After all, whatever I focus on, expands. I choose to focus on meeting nice people and that expands for me. Some people expect the opposite and they don’t get disappointed.

There is a fable about a man, a long time ago, who was walking in the countryside. As he came to the gate of a village, he asked the guard what type of people lived in that village. The guard said, “What type of people live in the village where you came from?”“Oh,” the man said, “in my village the people aren’t very nice. They don’t seem to care about anyone else and some of them are very rude.” The guard then said, “Well, that’s exactly the type of people who live here.”

I found nice people everywhere I spoke last week because those are the type of people that I find where I live in California. The bottom line is that we get what we expect. What are you and I going to expect from the people we associate with this week?

You are special. You are unique. You are destined for greatness! You are a Champion!

Have a powerful day!

I expect to find very nice people in everything I do this week.